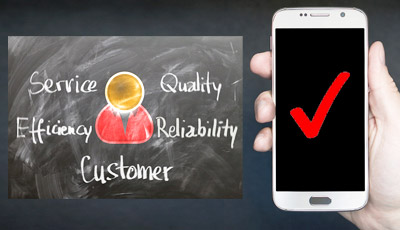 For several organizations that outsource their service desks, client satisfaction is measured and maintained by the figures. Setting up SMART objectives (S=Specific, M=Measurable, A=Achievable, R=Relevant, T-Time-Bound) as well as leveraging technology, processes, and people to make those objectives deliverable is the operational slogan of any good service desk team. However, prior to establishing such objectives, it is imperative to determine is whether the MOU (Memorandum of Understanding) or SLA (Service Level Agreements) are relevant for a client or not.

While the target performance parameters could be the same, the distinction between Service Level Agreements as well as the less commonly used objective MOU is related to a contractual accountability. Assessment of performance penalties can be done for SLAs. On the other hand, MOU needs by understood by both the parties so that they can be delivered in the best possible manner. However, for both of them, the actual consequence of nonadherence may lead to the potential loss in business and dissatisfied clients.

How Can Arithmetic Make a Difference?

When the shared staffing model is followed by a business; the contacts are typically handled in the sequence of their receipt. As such, less priority or importance is not given to MOU entered with smaller clients as compared to their SLA counterparts of enterprise scale. As such, the target performance metrics are usually consistent for all the clients irrespective of the contract obligation. Say a client has set up a target of 95 percent as their customer satisfaction goal but does as few as only ten surveys in a particular month, it becomes statistically impossible to recover from even a single negative review. However, when a client submits around one hundred satisfaction in a month, the service desk gets an opportunity to recover; even if there have been as many as 5 negative reviews in that month. So although there could be a comparison of the overall performance for both these clients, the arithmetic may not add up in the same manner.

At the same time, if there is a high volume of tickets in a month, it does not make assured Service Level Agreements as a lock. In case there is a purely dedicated staffing model, MOU may still be applicable even for those clients that generate a huge volume of monthly tickets for support requests. Metrics like Abandon rates and ASA or Average Speed to Answer may often become a bigger challenge for many businesses. So, the solution should typically have a hybrid element, which may engage the shared team of executives during the peak periods. Fulfilling those SLAs without some conditions or restrictions can be a fool’s task.

In order to establish achievable support goals, many service desks have a tendency to under promise so that they can over deliver, instead of setting up over-ambitious targets and then fail to achieve them. The later could also lead to an exponential rise in operational costs for maintaining them. A perfect example of this is the Abandon rates. On many occasions, auto-responses in the chat sessions and emails are excluded while computing the SLA for ASA.

The crux of the matter is that only those metrics should be measured that mater and are real performance indicator of high service quality. The final goal should be to operate ethically, keep scores and try to keep improving the performance for all the service desk clients. It can be accomplished by frequently surpassing all the objectives and meeting these objectives.

How Does Service Desk Outsourcing Work In Sync With Support Environments?
October 30, 2018

Top 3 Tips To Support Leadership Changes In The IT Industry
October 24, 2018

How Expensive is a Cheap Help Desk Outsourcing Solution?
October 23, 2018

Repercussions of an Underutilized Service Desk for a Business
September 7, 2018

Your Gaps in Internal IT Resources Can Be Bridged By Help Desk Outsourcing
September 5, 2018
Go to Top
This website uses cookies. We will assume you are fine with this. You can opt-out if you want to.AcceptRead More